End of a Tactic

End of a Tactic  was filmed in collaboration with the Vietnam Solidarity Campaign. Shot on 16mm, black and white film, it is a 15-minute documentary about a series of demonstrations held in London, in 1968. It was made to explore the role of mass demonstrations as a tactic for social and political change and attempts to account for the reasons why they were not instituting the changes they sought. The film combines interviews with participants and organisers with observational footage of the demonstrations themselves. The aesthetic of the film is representative of the themes it seeks to cover: the editing combines fast cuts of chaotic, disorienting scenes of marchers and protests. At one point the camera is physically pulled in various directions by the people on the march. The constantly changing, disembodied voiceover gives no clear message as to what the film is hoping to achieve, creating a sense of confusion and inconsistency in dictating what the viewer should think or feel.
The finished film was intended to generate discussion and develop new modes of protest and activism. 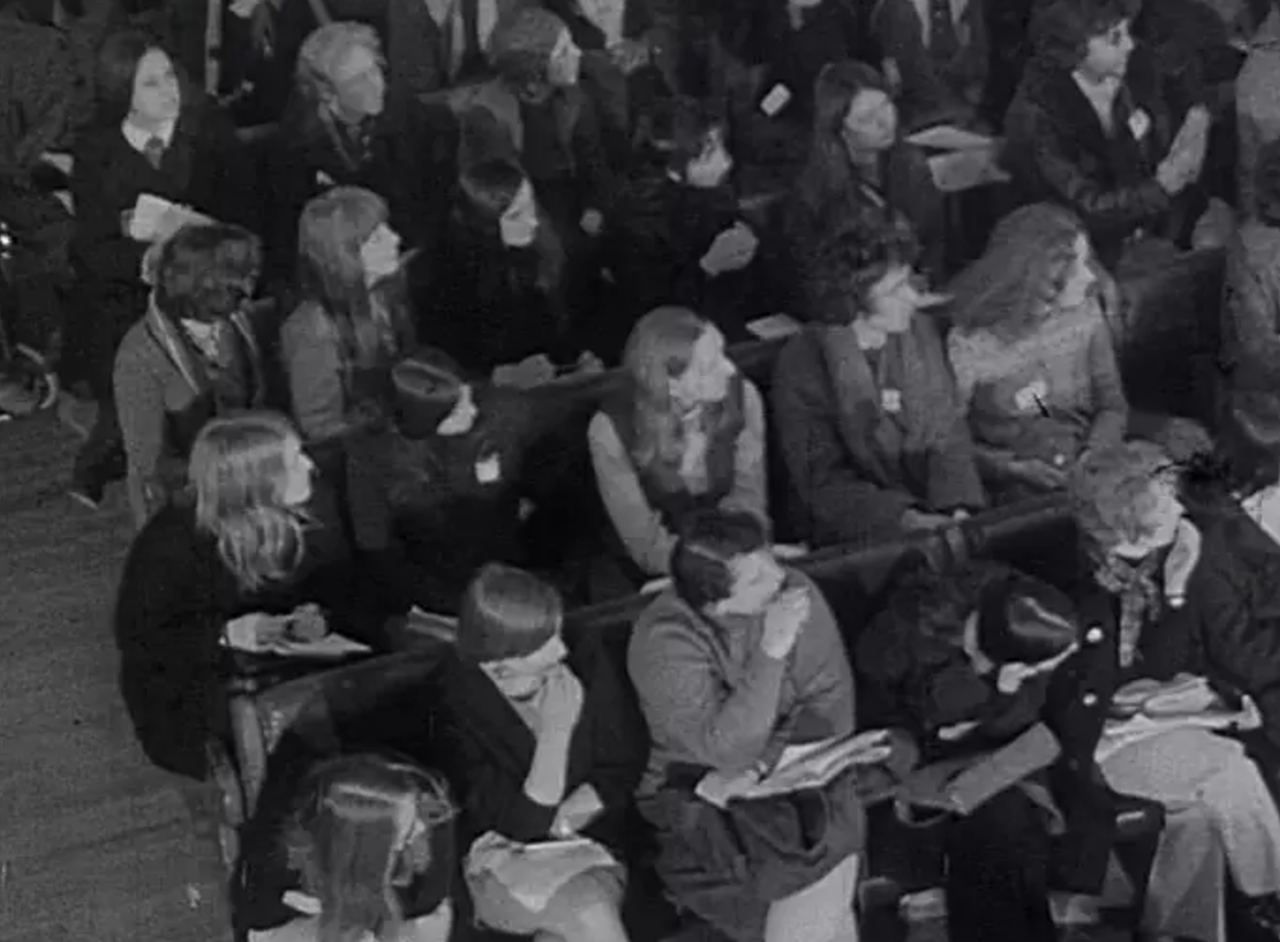